20 Fun And Interesting Facts About The Timpani You Should Know

Timpani are those large semi-spherical drums that look like big shiny bowls or upside-down tea-kettles—which is why they’re also called kettledrums.

A classical percussion section would never be complete without timpani. They’re important both in classical orchestras and musical ensembles, including concert, marching, and even rock and roll bands.

The sound of timpani can be energetic and thunderous, as well as smooth and velvety, which is why they’re considered extremely versatile.

To help acquaint you with this fascinating percussive instrument, here are 20 interesting facts about the timpani.

1. The Timpani is a Pitched Percussion Instrument

Modern pedal timpani can be instantly tuned through a movable foot pedal to adjust the tension of the head as well as the pitch.

Although convenient, that could still pose a challenge during a concert, since it’ll require the timpanist to have a perfect ear to keep the instrument in key with the rest of the ensemble.

Tuning a chain timpani, which is much less common nowadays, is even more difficult since they don’t have pedals.

Instead, they have a roller chain and a crank.

2. The Timpani Were Initially Military Drums

Their use dates back to the 13th century when they were introduced to Europe by crusaders who brought similar but much smaller Arabian Naqqara.

Before timpani came to be a staple instrument in the classical orchestra by the last third of the 18th century, they were used in military ceremonies throughout Europe until the 16th century.

They were even used during the American Civil war where they were played by musicians on horseback.

In the late 19th century, modern machine timpani were developed for easier adjustment of drumhead tension.

3. The Timpani Has a Wide Range of Sounds

The timbre of the timpani is affected by what the mallets are made of, where the head is struck, and how hard it’s struck.

The purest tone is produced from the middle of a timpani drum.

4. Timpani Belong to the Percussion Family

The percussion family is the largest in the orchestra, and timpani are a central part of it because they support rhythm, add melody and color, and enhance harmony.

The timpani, along with the xylophone and piano, are percussion instruments that are tuned and can sound different notes.

The bass drums, cymbals, and castanets are examples of untuned percussion instruments with no definite pitch.

5. Timpani Have a Wide Pitch Range

Each timpano (the singular or timpani) has a tonal range of about an interval of a sixth, with the pitch of the lower note dependant on its size.

In a four-timpani set, the range of pitch of the four drums can therefore span around 3 octaves!

6. Timpani Are Traditionally Made of Copper

Timpani sets today come in a host of materials, including fiber-reinforced plastic and aluminum.

However, the traditional copper remains the best material for the bowl since it keeps the timpani in tune more effectively, and resists temperature changes.

Copper also has properties that allow it to easily stretch and shape, and allows sound to resonate deeply. 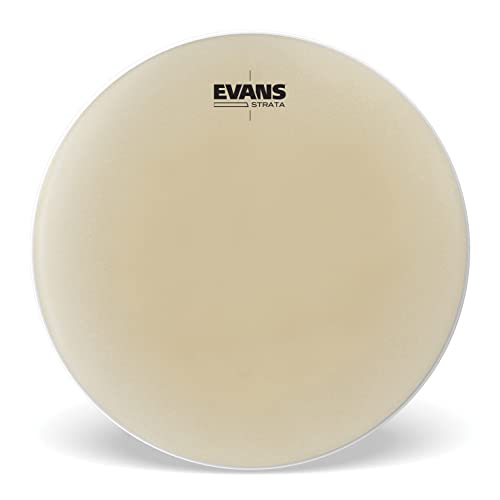 Typically, timpani heads used to cover the bowl are made of calfskin or goatskin.

Although costly, professional timpanists prefer these skins for the warmer quality of sound they produce.

Heads are also often made of plastic, which is more durable, more affordable, and less affected by temperature and humidity than animal skin.

8. There Are Two Styles of Timpani Placement

In German-speaking countries, including Germany and Austria, large timpani are usually placed at the right side of the timpanist with smaller timpani to the left, increasing the pitch from right to left.

Internationally, especially in Japan, the direction of the timpani is reversed so that the pitch increases from left to right, similar to a piano keyboard.

Timpanists are some of the highest-earning musicians in the music industry.

Their role is central in an orchestra, and there are few of them due to the difficulty of the instrument.

Of course, the more skilled and experienced a timpanist is, the higher their earning potential, especially in performing arts companies or professional symphonies.

In the US, it’s reported that the median salary for a timpanist is just under $50,000 a year with some paid well over $100k a year too!

Buying a quality set of timpani could cost you. Prices vary depending on factors like brand, size, and material.

That’s why it’s important to be careful while moving them around to avoid costly damages.

Timpani are among the largest and heaviest musical instruments.

A single timpani drum can weigh up to 140 lbs…

Multiply that by 4 or 5 for a whole set, and you’ve got a challenge on your hands.

Transporting these drums can be difficult and it’ll give you a good workout.

12. There Are Many Different Styles of Timpani

There’s a cambered type with a flat bottom like a pot, and a parabolic type that’s nearly hemispherical.

Generally, the smaller the drums, the higher the pitches.

The timbre is also decided by where the drum head is stricken.

There are different categories of mallets used for striking the timpani, including hard, medium-hard, soft, flannel, and wood.

Each kind is used according to the sheet music to express different sounds.

They come in various sizes, weights, coverings, and lengths of handles.

The mallet tip is often made out of felt, flannel, or cork, with a bamboo or wood handle.

Many professional musicians prefer to make their own mallets to customize them according to their needs.

14. There Are Different Grips For The Timpani Mallet

Two common grips for the timpani mallet are the German grip and the French grip.

In the German grip, the palm is almost parallel with the drum head with the thumb on the side of the mallet.

In the French grip, the palm is almost perpendicular with the drum head and the thumb is on top of the mallet.

The American grip is a combination of both.

15. Timpani Go Into All Kinds of Contemporary Music

Music created by timpani has a lengthy repertoire; it has invaded many rock and roll bands, as well as pop music.

From the Beach Boys, Queen, The Beatles, and Emerson, to Led Zeppelin, timpani have taken pride of place in the 60s-70s pop-rock music.

Sounds created by the timpani are versatile, and stand out in any music style or genre.

16. Playing the Timpani Can Be Tricky But Fun

Playing the timpani might seem easy—the rhythms are simple, and you often play only a couple of notes—but in reality, there’s so much technique involved.

You need a very strong musical ear to successfully tune and play your timpani.

You also need to know how to maintain your drums and mallets to ensure a longer lifespan for them.

Once you get the hang of it, playing the timpani is so much fun.

It’s often thought that playing a large musical instrument like the timpani requires a lot of physical strength, but that’s not true.

In fact, a large volume of sound can be given through the drum reverberations, using only a little amount of force.

All you need is to create vibration as naturally as you can.

It actually takes a lot of sensitivity to create soft sounds and maintain a steady tempo.

18. The Largest Timpani in the World is in Bali

The largest timpani in the world is in Bali.

At 73 inches in tall and 63 inches in diameter, the Moon of Pejeng is an ancient kettledrum that is thought to date back to 300 BC.

It has a story attached to it too, with a Balinese legend claiming that this drum was one of the wheels of a chariot on which they pulled the moon through sky until it fell to earth.

As you can see, a timpanist’s job isn’t an easy one.

While playing the timpani isn’t easy at first, it sure is fun when you get the hang of it.

We hope the 20 facts we’ve shared in this post have inspired you to delve deeper into the world of percussive instruments and enjoy some fascinating timpani solos and ensembles.

Written by Robert Jackson
Robert is a professional pianist and writer who's been playing the piano for over 20 years. He studied music education at college and now works as a full time musician and piano teacher all over the country.