The term enharmonic if you haven’t heard it before, can be quite confusing. You’ll often get asked about it in a grade five music theory exam so it’s definitely worth learning for some easy marks.

In this post we’re going to be looking at some examples of what enharmonic equivalents are and how they’re used in reading and writing music.

What Does Enharmonic Mean?

Although it sounds quite complicated, enharmonic essentially is an ‘alternate name for the same thing’.

For example, you could have a note like C# but you could also call this note Db.

They are the same note but have different names and so are enharmonic equivalents.

There are actually lots of different types of enharmonic equivalents.

You can have enharmonic equivalent:

We’ll go into some examples now to explain how they work.

Notes can have more than one name.

For example, this note here could be either C sharp (C#) or D flat (Db) depending on how you look at it.

You could also call it B double sharp, all are correct but it depends on what context you’re playing the note.

When you have notes like this that are the same but with different names they are called enharmonic equivalents.

Whether you’d call it D flat, C sharp or B double sharp depends on what key you’re in.

For example, if we were in the key of Ab then we’d call this note Db as Ab has four flats in its key signature: Bb, Eb, Ab and Db.

An enharmonic equivalent key are those that have the same pitches but with different names.

The main reason is that some keys have fewer flats or sharps than others and can be a lot easier to read.

For instance, in the case of C# and Db major, most people would prefer to play in Db major as it only has five flats as oppressed to C# major which has seven sharps.

Enharmonic equivalent intervals are slightly different from notes, scales and keys but follow the same principle.

An enharmonic interval is two notes that are the same distance apart but spelt differently.

For example let’s take the two notes C and E which is a major 3rd.

But, Fb is an enharmonic equivalent of E natural so we could also write this interval as C to Fb which although is the same amount of semitones apart is now described as a diminished 4th instead of a major 3rd.

I hope that helps make a bit more sense of enharmonic equivalents.

It can seem a bit confusing and overwhelming at first, but once you get the hang of seeing notes, scales, keys and intervals as being more than one thing it should start to sink in.

What do the Pedals on the Piano Do? A Brief Guide 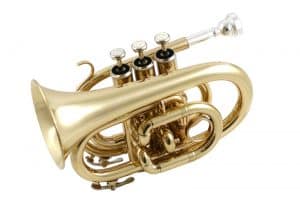 The 10 Best Pocket Trumpets in 2021: Reviews and Buyer’s Guide 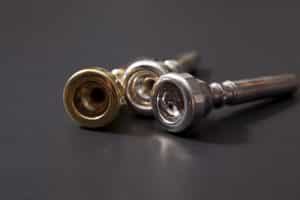 The 9 Best Trumpet Mouthpieces in 2021: Reviews and Buyer’s Guide