What Is The Musical Term For Fast?

In music, when describing how fast a piece of music should be played at we use a series of different Italian words. These tend to be a rough range rather than a fixed specific speed.

Below I’ve added some of the different Italian terms we use to tell indicate fast tempos (more on what is tempo here).

I’ve also indicated a rough BPM (which stands for beats per minute) if you want to use a metronome to check the speed.

Also, remember that the beats per minute that I’ve put are rough indications. There are lots of differing opinions from different sources that will say differently.

How to Tune a Violin: A Beginner’s Guide

A Brief History of the Flute: It’s Origins and Evolution 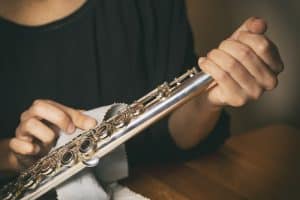 How to Clean a Flute: A Step by Step Guide