The 10 Greatest Chopin Nocturnes You Need To Listen To

Without a doubt, Chopin is one of the most prolific composers of all time. A giant of the Romantic era, he is one of the few composers to still have a competition dedicated entirely to his work.

Even though his music has a reputation for being incredibly challenging, not everything he wrote has to make your fingers feel like they might fall off! In reality, there are plenty of amazing piano pieces that are not necessarily reserved for expert pianists. For example, you might be interested in exploring a few Chopin nocturnes.

These pieces can be played by an intermediate pianist, and there are professionals who still perform these works all the time. If you are looking for a good introduction to Chopin, you might want to consider exploring a few of his nocturnes yourself. There is a good chance you will recognize a few of these pieces when you start listening to them.

With this in mind, what are the greatest Chopin nocturnes you should know? Take a look at the list below, and consider trying a few of them yourself!

571 Reviews
All Of Chopin’s Nocturnes For Piano
CHECK PRICE

When people think about a Chopin nocturne, this is usually what they envisioned.

The instant you hear the first few notes, you will probably realize that you recognize this piece.

It is dramatic, sensual, melancholy, and beautiful. It draws its inspiration from the romantic era of the 19th century, and it will immediately make you think about a beautiful evening night.

For this reason, this is one of Chopin’s most recognizable pieces, and it is always a fan favorite.

If you’re a pianist, then you should definitely think about learning how to play it yourself as it’s a great way to introduce yourself to the works of Chopin. 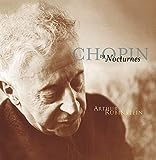 The other iconic nocturne from this period, Op 9 No 1, is very similar to its partner above.

Even though it is not necessarily as happy and cheerful as the previous one, it is every bit as beautiful.

There are numerous arpeggios and skills throughout this gorgeous piece, and it will teach you a lot of the basics you will need to play the rest of his works.

There is a rumor that this piece was dedicated to the wife of a fellow pianist.

As you listen to it, try to pick out the melody line as it unfolds.

Then, listen to how the left hand beautifully complements the melody in the right hand.

This is a nocturne that will immediately have you reflecting on everything that has happened recently.

It is sad, contemplative, and arduous as it moves.

It is obvious that Chopin was in deep thought as he composed this beautiful piece.

It is a staple of students who are growing up learning how to play Chopin, and it is easy to see why it is performed so frequently to this day.

To this day, he is the only American pianist to place first in the international Chopin competition.

This is a gorgeous Chopin Nocturne that will instantly remind everyone of the beautiful ballads that he is known for.

There are numerous slow chords that make the piece sound easier than it truly is.

Even though the nocturne may not move fast, it takes a significant amount of skill to draw out this deep, gorgeous melody and place it perfectly against the reflective harmony that pins the undercurrent of the piece.

Nocturne in G Major is a nocturne that is a bit quicker than the others.

The mood changes significantly as it unfolds, and it can be a bit of a challenge to truly appreciate all of the individual components that come together to produce a gorgeous piece.

It creates a feeling of meditation, instantly has you examining your emotions, and is enough to make everyone fall in love with the work of Chopin.

Every time you listen to this nocturne, you pick out something new.

Chopin’s Nocturne in D Flat Major is one of his most frequently performed nocturnes. It is a bit slower than some of the other pieces, but it is absolutely captivating.

It might not be one of his fastest pieces, but it takes a significant amount of practice to execute this piece as it was intended.

It is performed throughout concert halls all over the world, and it has an interesting melody that follows the piece as it unfolds.

The expression has to be performed perfectly to bring out the melody correctly, Chopin dedicated this work to Comtesse d’Appony.

For all of these reasons, this nocturne is frequently listed among Chopin’s greatest works.

This is a nocturne that is frequently analyzed in music theory classes all over the world.

The melody can be difficult to pick out, but it becomes much easier when taking a look at the various modulations of the chords.

On the surface, the piece is already gorgeous; however, when diving into the details, it is obvious that this piece has so much more to offer.

Listen to this piece for yourself, and then try to play it exactly as it was intended.

Of note, this nocturne also has a popular transcription for the violin.

It is one of the most popular classical piano pieces of all time, skyrocketing in popularity after the film titled The Pianist was released.

Even though the first Ballade is the hallmark of that movie, this nocturne also played a very popular role.

This is a piece that can be performed by a solo piano but also with a few string instruments.

This is one of Chopin’s later works, and it is easy to hear the maturity of the composer evolve.

The theme is a bit richer and deeper than some of the other nocturnes, but it also means that the individual emotions can be harder to bring out.

When listening to this piece, it is obvious that it is still reflective, but also brings forth a certain measure of inner peace.

All of these points make this nocturne incredibly powerful and beautiful.

In this nocturne, it is clear that Chopin is expressing the relationship of the melody and the harmony a bit differently when compared to his other nocturnes.

This is a piece that is learned by students as they try to explore Chopin, but it is not performed as often as some of his other works.

It is deep, challenging, and powerful. It will also teach you a few technical skills you might need to tackle his other works.

Even though it is often overlooked, it is every bit as beautiful as the other pieces he composed.

Explore These Beautiful Nocturnes by Chopin

Ultimately, these are just a few of the many nocturnes that he wrote.

All of them are worth listening to, and you should try to learn how to play a few of them as well.

Even though they might not sound quite as challenging as his Ballades or Sonatas, there are still plenty of obstacles and challenges that push great pianists.

If you consider yourself to be an intermediate pianist, then you should be able to tackle a few of these yourself.

Consider listening to a recording first. That way, you have a target to shoot for.

Then, remember to focus on the emotions of the nocturne and highlight the melody as you play.

You will immediately have the attention of everyone in the room if you can sit down at the piano and play a few of these beautiful piano pieces!

Written by Robert Jackson
Robert is a professional pianist and writer who's been playing the piano for over 20 years. He studied music education at college and now works as a full time musician and piano teacher all over the country.