Violinists are often known for their virtuosity, incredible technique, and expressive performance style and in this post, we’re going to take a look at the lives and careers of 15 famous violin players. Let’s get started.

An American child prodigy, Hilary Hahn began her violin career at age four and by the age of ten, she was attending the Curtis Institute of Music in Philadelphia and had finished all it had to offer by sixteen.

At age eleven, she played in the Baltimore Symphony Orchestra which set her up for a stellar career, immersed in classical music as both a solo violinist and within an orchestra.

Hahn has produced dozens of original compositions, accompanied film soundtracks, and has played on many famous stages around the world.

She currently has twenty-six albums and continues to be one of the most in-demand violinists in the world.

Itzhak Perlman is yet another child prodigy who went on to make a great career out of his talent.

Perlman came to the US when he was thirteen to study at the Juilliard School in New York City.

Perlman has an international concert record and has met and performed for more famous events and people than most musicians.

This includes the inauguration of Barack Obama, The Late Show with Stephen Colbert, and work on multiple film soundtracks.

Joshua Bell had a fairly normal childhood in Indiana, learning violin from a young age but only committing to it in his early teens.

Bell played in the Philadelphia Orchestra by age fourteen, and since then, his career and talent only grew more infamous.

Bell toured the world as a young adult, playing across America and into Russia winning a Grammy in 1993 and since then has recorded music for several Oscar-nominated movies.

He’s been a permanent teacher at music colleges but also traveled overseas to teach occasionally.

Bell has also shown up in several shows as himself and partaken in social experiments from the Washington Post.

Stephane Grappelli was a well-known and loved gypsy jazz violinist.

His early life was full of large changes, and his childhood extended through World War I.

He only began to learn the violin at age twelve.

Immersed in music and living through both World Wars, Grappelli became the Grandfather of Jazz Violinists.

He recorded hundreds of records and played on a global scale receiving the Grammy Lifetime Achievement in 1997, the year he died.

Born in America, Yehudi Menuhin began violin at age four, then appeared on the world stage by age twelve, shocking audiences with his talent.

This turned into a lifelong career of performing around the world, especially in Britain, and recording a great many songs with other famous musicians.

He toured and recorded music for almost his entire life with even a collection of 51 CDs of his performances to commemorate Menuhin’s long and memorable career.

His music contract with now disbanded EMI lasted from 1929 to 1999, when he passed away at age 83 which is the longest recording contract in history.

Beginning young and rising to national recognition by age eight, Scottish violinist Nicola Benedetti is one of the more decorated violinists of recent times.

She was the leader of the National Children’s Orchestra of Great Britain and went on to study at the Yehudi Menuhin School in England.

At sixteen, she won the BBC Young Musician of the Year Award in 2004 which was = the first of many more accolades she’s earned since then.

Her most recent award was a Grammy in 2020 for a classical solo.

Jascha Heifetz had an earlier start than most when it came to the violin with his father, a violinist, putting him through “tests” to see how he reacted to the music.

By age two, Heifetz had a violin in his hand and by the age of seven, he publicly performed and began to earn money from his violin abilities.

Already popular in Europe, his American success took off after a sensational performance at Carnegie Hall in 1917.

He collaborated with pianists as he toured and mainly played the violin solo, his unique style making it difficult to work with others.

Heifetz earned a Grammy Lifetime Achievement Award years after his death in 1987.

Niccolo Paganini, a popular Italian violin virtuoso, violist, and composer, continues to have his music played and studied by violinists.

As most famous musicians do, he started young on the violin and earned famous tutorage around Italy.

It took him a few years, but he eventually toured around all of Europe and gained infamy for his wild lifestyle.

For years, it was said he sold his soul to the devil, which later prevented him from a Catholic burial.

Paganini’s skill might have come from speculated Marfan syndrome, which made his fingers extremely long and flexible, allowing him to play complex notes.

Paganini was a major influence on modern violin technique, his most famous work being his 24 Caprices for Violin.

Another pillar of the violin world, Antonio Vivaldi was an Italian Baroque composer and violinist whose music is played regularly to this day.

He composed most of his violin works for the orphanage he worked at as a musical director.

Much of his fame and renown disappeared in the last decade of his life, only returning in the early 20th century.

His most famous work are his violin concertos, the Four Seasons.

Norwegian violinist Janine Jansen began her musical career at age six and rose to significant talent in the years after with her beautiful renditions of many popular classics.

She keeps her performances simple and doesn’t often play with a full orchestra.

Her biggest successes have been with her recordings of famous violinists pieces including Vivaldi’s Four Seasons, Beethoven, and Bach.

These have given her a lot of success with the number of downloads and CD sales over the 2000s.

Fritz Kreisler, remembered as one of the great violinists, left behind his own music and style.

Born in Austria, he studied music there as a child and performed in Rome at age twelve traveling to New York in his younger years to perform.

He was in possession of multiple rare and expensive violins made by renowned artists.

He lived the last decades of his life in New York City.

Arcangelo Corelli is a founding figure in the violin music we hear today and many of the classical artists that have inspired today’s violinists were inspired by Corelli and his work.

These other musicians include Bach and Vivaldi and his work changed chamber music for good.

In his time, he performed all around Europe and was favored by many royal courts for his talent.

He maintained his fame in the Baroque era and inspired multiple generations of violinists likely including more to come in the future.

Isaac Stern was another important violinist in the 20th century and his talent and personality made him popular and well-received.

He was born in Poland, but his family moved to San Francisco when he was still a baby.

Stern took lessons in early childhood through to his teenage years and debuted at fifteen.

During WWII, Stern performed for US troops since he wasn’t eligible for the draft.

In the 60s, he was one of the loud voices of protest against the demolition of Carnegie Hall in NYC.

Stern played violin in quite a few Hollywood films and their soundtracks as well as touring all over the world in some unprecedented times, including an extended amount of time in Israel.

In his lifetime, Stern won six Grammys, and the main auditorium of Carnegie Hall was named after him.

Julia Fischer’s family background in music made it simple for her to learn violin from a young age.

She also knows her way around the piano, her mother viewing piano as a skill for any aspiring musician to know.

Fischer has performed all over the world with various different orchestras.

She is talented on her own or with others, earning the Gramophone Classic Award for Artist of the Year in 2007.

She is one of the most talented violinists of the last century and continues to perform on a large scale, keeping the classics alive.

In recent years, Maxim Vengerov is known to be one of the greats alive in the world today.

Born in Russia and learning violin from a very young age, he started winning competitions not long into his childhood.

Along with teaching, judging competitions, and performing, Vengerov continues to share his talent with the world.

We hope you enjoyed learning about these famous violinists who have made an impact on the world of music.

We’ll be adding to this list soon so if there are any other notable violinists that we missed, please let us know. 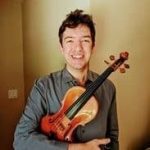